On a trip back to my old hometown, I drove out to the senior’s residence to spend some time with my Mom.  I hadn’t seen Mom in almost a year. My sisters, who have been there with her on her gradual descent into the murky fog of Alzheimer’s, warned that the visit would go hard on me. They had been there every day; I would be instantly confronted with changes that had been a year in the making.

A nurse at the home showed me up to her room. “Mary,” said the nurse. “There’s someone to see you.” Mom turned to me. My heart tore to tatters. She lay in her bed, eyes wide open, staring at the ceiling.

I was shocked at her appearance. Once a woman who was both athletic and empirically beautiful – we’re talking movie star good looks – she was now a grey and gaunt and frail and sunken shell.

I’m not sure what I expected. Some flicker of recognition? There was none. A smile? Nothing. Just a vacant stare. Suddenly, she began to talk … sort of. She unleashed a pleasant, conversational stream of gibberish: half-formed words, nonsense syllables, sounds of all kinds. But not a single intelligible word in all of it.

I took her hand. It was incredibly soft, as if she’d never done a lick of work in her entire life. She had given birth to six kids in nine years, raised them all on a military salary, sewed all our clothes, made all our meals from vegetables she harvested in a gigantic garden she kept, and once made the local paper when she was named Chatelaine Magazine’s Housewife of the Year. The woman knew work.

Mom never wanted this. I mean, who would? But Mom was particularly adamant. She had often specifically said that if she ever wound up this way, she hoped one of us would be kind enough to cover her face with a pillow and press down.

(For years, it was a family joke: when she’d stumble on a word or forget where she’d put something, my sister would grab a pillow from the couch and begin fluffing it up.

And Mom would turn to her and sweetly say, “(Expletive) off. It’s not time yet.” )

(Mom was a military wife. Every bad word I know – and a few I would never have the courage to use – I heard first from her. She took inordinate delight in a well-placed expletive.)

Well, God forgive me, I really did look speculatively at her pillow. The only thing stopping me was the thought that sooner or later I might get to Heaven and Mom would greet me with, “Get over here, you little (expletive).

Now, what the (expletive) was that all about?” I began to sing to her, songs from when I was a little boy. When I began singing “The Teddy Bears’ Picnic”, she waved her arms, conducting the imaginary parade. I fetched up in tears in the chorus, unable to go on.

Mom looked at me, then pulled a marvelous caricature of a crying face as if to say, “Don’t be such a baby. Get hold of yourself.” It reminded me of the time she flushed a turtle of mine down the toilet upon its demise. She let me cry for a little while, but when the keening went on too long she snarled, “Oh, for God’s sake, enough. He wasn’t going to grow up to be Prime Minister.”

After about an hour, I could tell Mom was getting tired. I didn’t want to break off the visit. I was still industriously drilling to see if I could get that one tiny glimpse of the strong, funny, woman who kept our family together all those years. But it felt like it was time to leave.

That’s when Mom uttered the last intelligible words I ever heard from her. In the middle of yet another stream of gibberish, she paused, frowned, and said, “Oh, shit!”

Not exactly poetry, I know. But perfect, in its own way. Her situation, summed up in a way that was so much like her. I chuckled when she said it, and chuckled again when I told the nurses at the desk about it. “Oh, that’s Mary,” they said.

I wasn’t chuckling in the car on the way back into the city. I was crying. Tears of sorrow, tears of loss … but also tears of gratitude. Her six kids – hell, anyone who knew her – were lucky to have had her as long as we did.

We’ve all read famous last words from brilliant people in history. We want them to be perfect and pithy and to re-define the human experience from the perspective of a wise and noble soul about to shuffle off this mortal coil. They rarely are. Because death itself is so banal and ordinary, why should our last few confused thoughts be anything but?

The fact that those two words were the last words I ever heard from her? Yeah, I’m OK with that. They shocked me, made me laugh, made me cry. They were a perfect coda to what had been an exquisite symphony of a life.

About The Author:
Nils Ling is the author of Truths and Half Truths , a humorist, not to mention a bounder, a cad, and a ne’er-do-well who lives and works in Prince Edward Island, Canada. You can  follow him on Twitter. 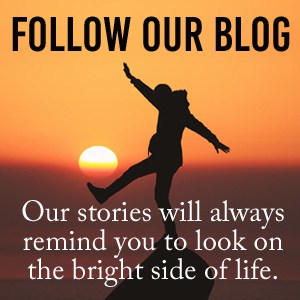